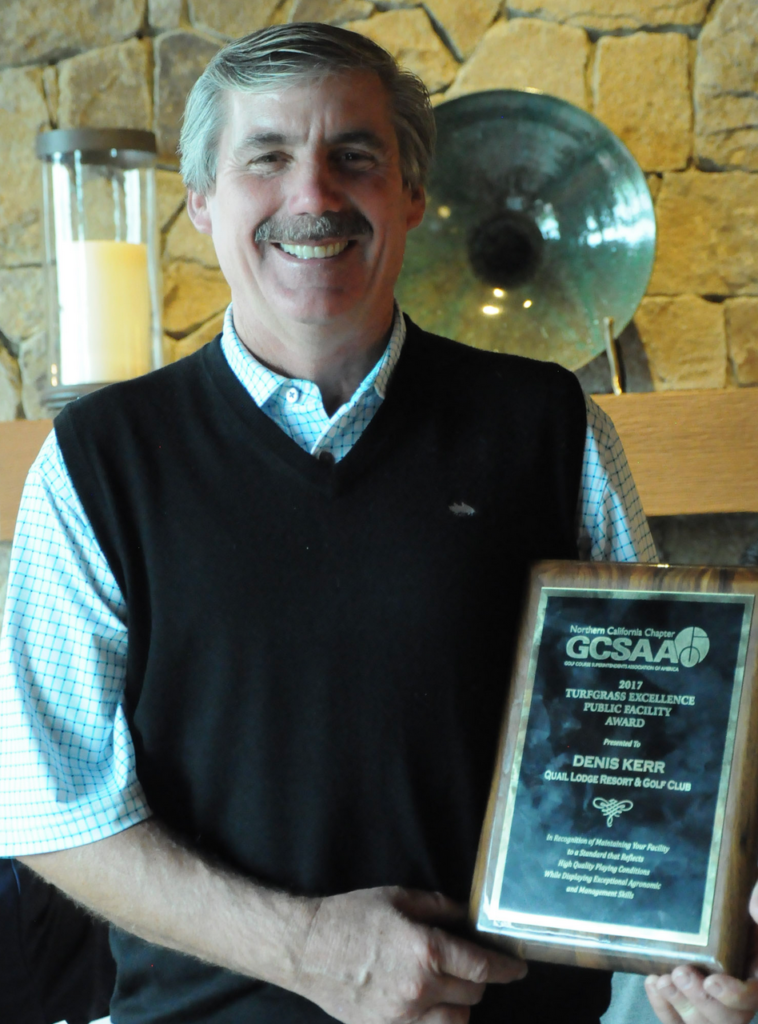 Denis grew up in the great state of Oregon. His first exposure to golf came from playing Salishan Golf Links and Devils Lake Golf Course in his home town of Lincoln City. Denis’ career path started at just 16 years old when he was hired by Mr. Richard Schwabauer at Waverly Country Club in Portland Oregon.

Attending both Lewis and Clark College and Oregon State University, he worked his way through school employed by the City of Portland at West Delta Golf Corse under the direction of Mr. John Zoller, Jr.

Upon graduation, Denis moved to California and took a position at Monterey Peninsula Country Club working for Mr. Bob Zoller.

Denis’ first and only superintendent position has been at the Golf Club at Quail Lodge where he has worked for the past 27 years. Denis currently works with two of the finest assistants in the industry: Danny Buckley and Eric Martin. He is also very appreciative of his current coworkers, as well as all those colleagues he has had the privilege of working with in the past. 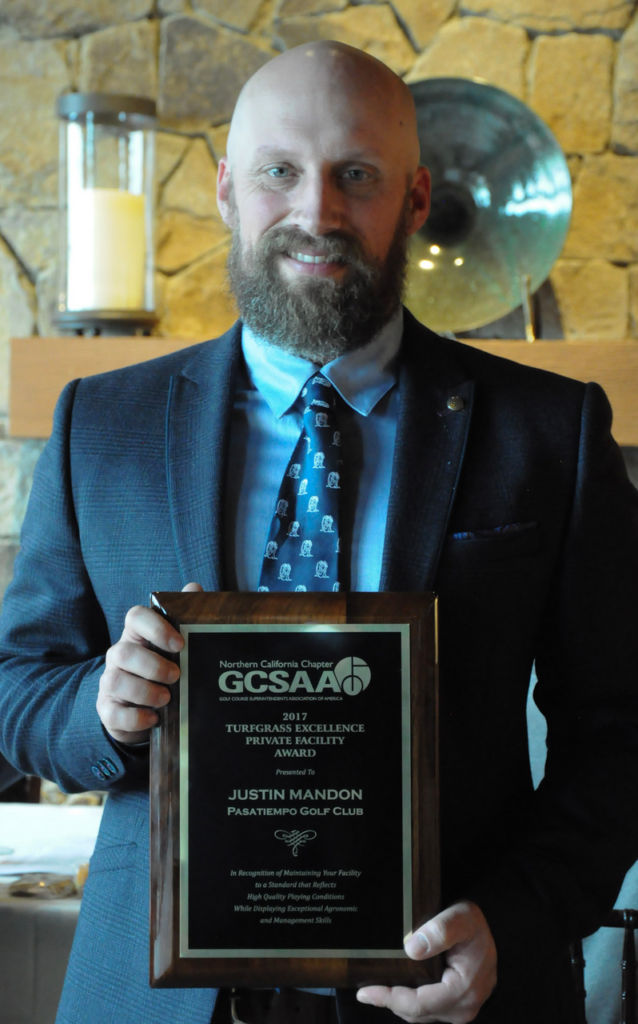 Justin is a GCSAA Class A Superintendent and member of the Northern California Superintendents Association. Justin graduated from Rutgers University Professional Turf Management School in 2001. He is originally from the San Francisco Bay Area, and has also worked at La Rinconada Country Club and Sharon Heights Golf and Country Club. 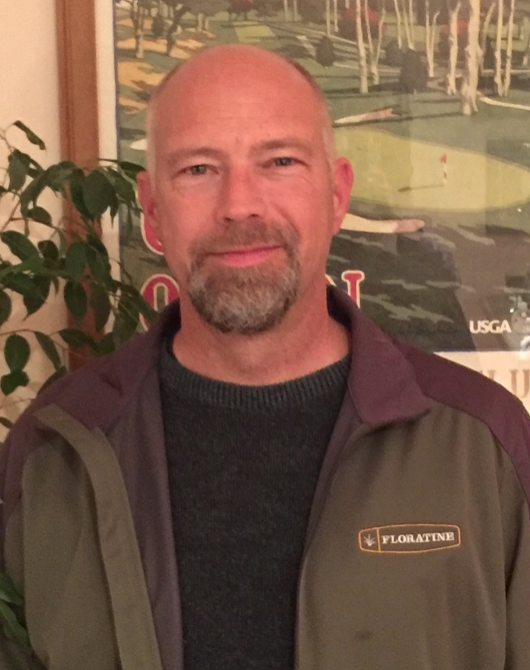 Thor got his start in the golf course industry at an early age, working after school and during the summers at a course in rural Minnesota. While attending college at the University of Wisconsin, he continued his golf course work at the university’s course. Go Badgers! Eventually, he ended up with a Bachelor of Science in Soil Science/ Turfgrass option. After college he returned to Minnesota and continued to work his way up the ladder in the golf course industry.

In 1997, after a long cold winter, he decided the grass was greener in California, and so moved to Monterey where he has been ever since. He was the Assistant Superintendent at both Quail Lodge and Spyglass Hill, and eventually became the Superintendent of Del Monte Golf Course. In 2006 he changed directions with his career and started working with Farmload Distributors.

Farmload’s mission is to bring new and innovative products to the Northern California golf course market. During this time, Thor also attended Monterey College of Law where he received his Juris Doctor in 2010. One of the things he appreciates most about his work is the numerous relationships he has built with his customer base.

He feels that visiting a variety of golf course maintenance operations on a daily basis gives him a good understanding of where our profession has come from and where it is going.

Michael Garvale’s long history of service to the turfgrass industry began in 1972 – the year he received his Bachelor of Science Degree in Chemistry from the University of Detroit – and took on the position of Assistant Superintendent at Plum Hollow Golf Club in Southfield, Michigan. From there, he completed his graduate studies in Biochemistry at the University of Detroit, and, in 1976, took on the role of Assistant Superintendent at Orchard Lake Country Club in Orchard Lake, Michigan.

That same year, Michael graduated from Michigan State University with a degree in Turfgrass Management. From there, he worked as Superintendent at Grand Traverse Resort in Traverse City, Michigan from 1978 to 1984.

It was in 1984 that Michael’s career brought him to California where he worked as Superintendent of Palo Alto Hills Country Club until 2007.

For the next couple years Michael held a position at Harding Park Golf Club in San Francisco as Director of Agronomy, Kemper Sports, for preparation of the Presidents Cup. In 2010, he took on his current role as Superintendent at Callippe Preserve Golf Club in Pleasanton.

Michael’s service to the industry includes several accomplishments, including being recipient of the GCSANC Turfgrass Excellence Award in 1987, and serving as our association’s President in 1991.

He has been married to his wife Christine for forty years. They have one daughter and one granddaughter. Michael is an avid flyfisher, and is looking forward to accomplishing the one milestone he has yet to achieve – retirement!

2017 SUPERINTENDENT OF THE YEAR 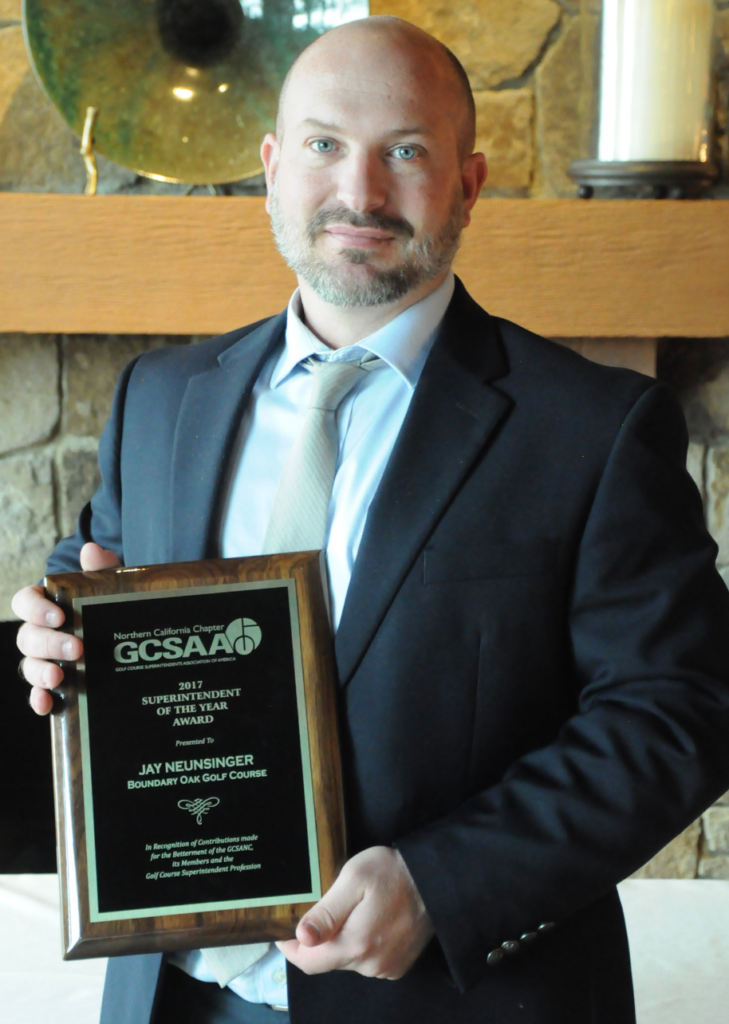 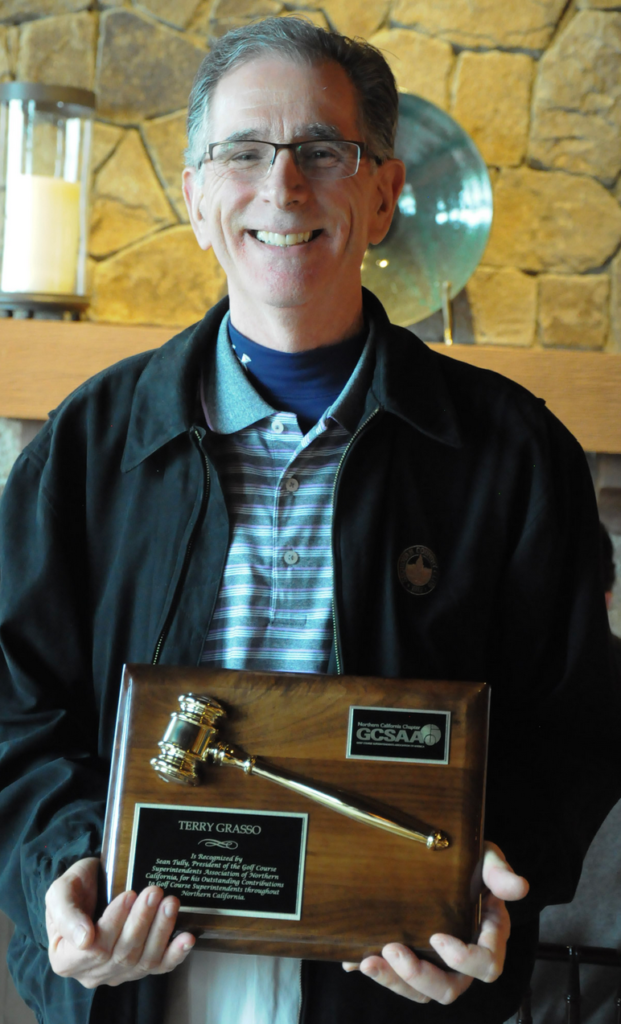 Terry Grasso, CGCS, recently retired from Sequoyah Country Club after over 30 years in the golf industry. He is the recipient of the President’s Award for 2017.

Terry was a member of both GCSAA and GCSANC for 30 years and became a Certified Golf Course Superintendent in 2010.

He served two terms on the Board and was active in the association throughout his career. He was awarded the George Santana Distinguished Service Award in 2012, and in 2004 was honored as the Superintendent of the Year.

Terry was also a supporter of the California Alliance for Golf and several community-based golf initiatives such as Sequoyah Country Club’s Youth Merit Scholarship program, The First Tee of Oakland, and the NCGA Foundation.

Terry has been married to his wife Carol for 44 years. In his retirement he plans on traveling and enjoying some leisurely rounds of golf. 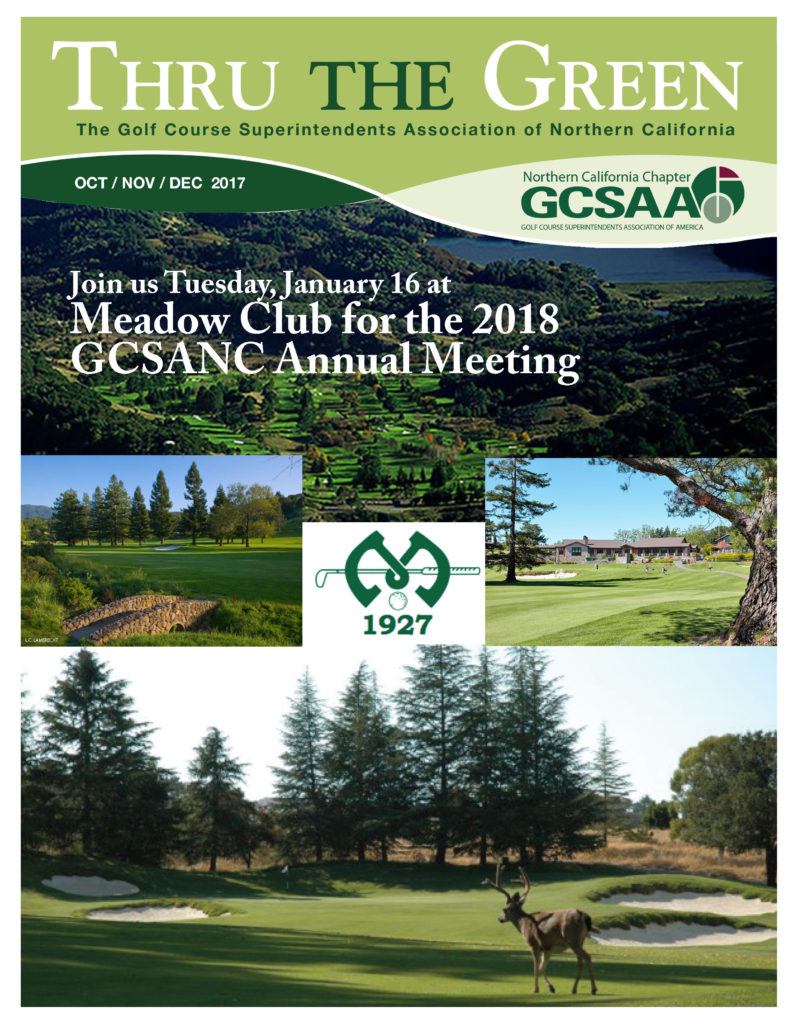 Two ways to enjoy the issue: read by clicking on the cover page above or read right now, using the on-site booklet below!