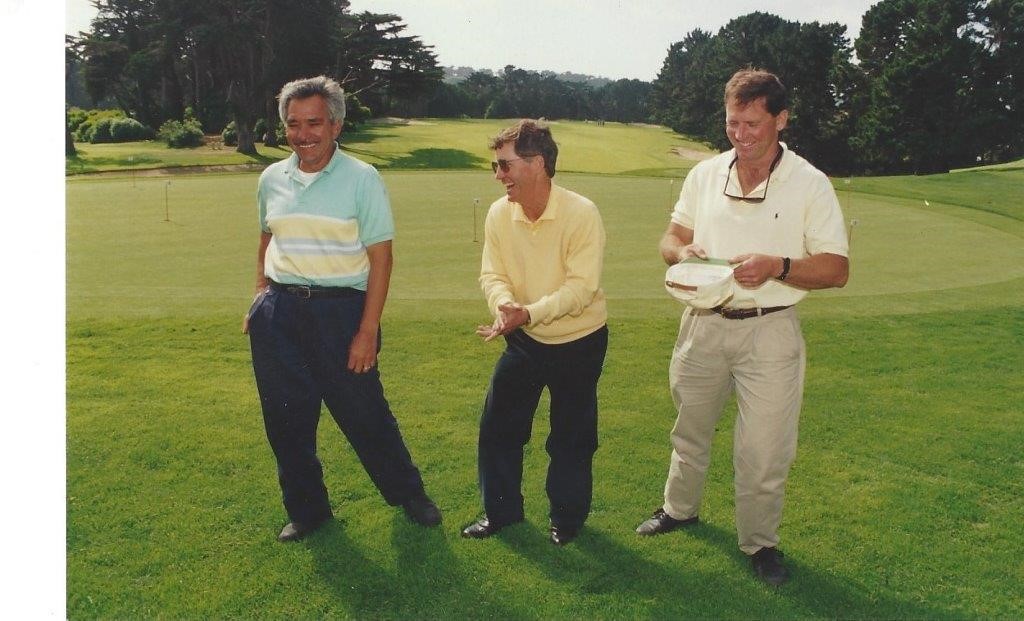 In 1982, Bob Klinesteker (photo: middle)  and his wife, Pam, moved to the Bay Area after Pam accepted a job with an architecture firm in the City. Bob came without a job lined up, but he had his degree in turfgrass management from Michigan State University and had Superintendent experience under his belt.

The first week in town, Bob met with Lou Tonelli at Lake Merced. Lou had told Bob that his resume was better than most of the Superintendents in the area at the time and hired him in the interim. He passed his resume around the Bay Area, and within just a couple of weeks got an opportunity to meet with Kjell Qvale and Sandy Tatum at San Francisco Golf Club, as their superintendent was retiring. It would be the last real interview Bob would need.

Over Bob’s 38 year career, he’s seen and done almost all you can imagine. He’s put in multiple irrigation stations, tackled English daisies with pitch forks, and battled the anguina pacifica nematode. In recent years, he’s been known for putting in bentgrass greens when no one believed it was possible to do so in San Francisco. Look at those greens today and you’ll see otherwise.

When Bob was told of this award being presented to him, his first comment was that he rarely attended events. While accurate, the reply from the Awards Committee would be that you don’t have to attend a meeting to make an impact on an industry, and that is what Bob has done. Whether he knows it or not, he has been a mentor to a lot of the younger guys coming up in the industry, just by making himself available.

While Bob’s time at SF Club winds down, by no means will things be slowing down for him. He’s actively involved with his daughter and son-in-law, Lauren and Mason, as they revamp their newly purchased home in Oakland, and no doubt he and Pam have a few trips lined up.